When it comes to social media influencers, Romi Chase is one of the hottest one around. Currently, she is rising to limelight for her body positive activism. She is a hot and curvaceous model, who has been wooing her fans through various platforms possible.

Romi rose to fame after sharing steam content and pictures on popular social media platforms, OnlyFans and Instagram. And as per the estimates of various agencies, her current net worth can be stated around $2-3 Million approximately.

Here, in this article, we will bring you up to date with the life story of this model and influencer.

What is the Background Story of Romi Chase?

Romi Chase is an Instagram model from Poland, born on Janurary 27, 1993. Right from an early age, she had dreamt of becoming a popular model and influencer. And at the current age of 29, she is one of the most searched celebrities on the internet.

Details about her family or siblings are however unknown. But this model moved to United States from Poland in 2017, to fulfil her dreams of becoming a model. Starting from New Orleans, she later moved to Alabama and eventually Orlando, Florida the same year and settled there for some time. When her profession picked up and she started earning good, Romi moved to Miami, Florida for a better live.

Over the years, she has worked with several agencies as a model, thereby making her name among the masses.

Romi Chase is currently living in Las Vegas, Nevada while her family is back in Poland. Here are some facts and figures related to Romi Chase biography and wiki:

Career as a Model

Romi Chase had been interested in modeling ever since she was young. Owing to that dream, she even took part in several modeling skits and plays throughout her school and college days. After completing her education, she moved to USA in the hope of taking these dreams to another level.

And her perseverance in the same regard paid well. Within a short time of her stay, she started receiving several modeling offers from some of the renowned names in the industry.

Romi Chase has modeled for many famous magazines like WCW magazines. Besides this, she has also featured as a model for clothing and lifestyle brands like Fashion Nova Curve, Chic Me Official, Boohoo and several more. 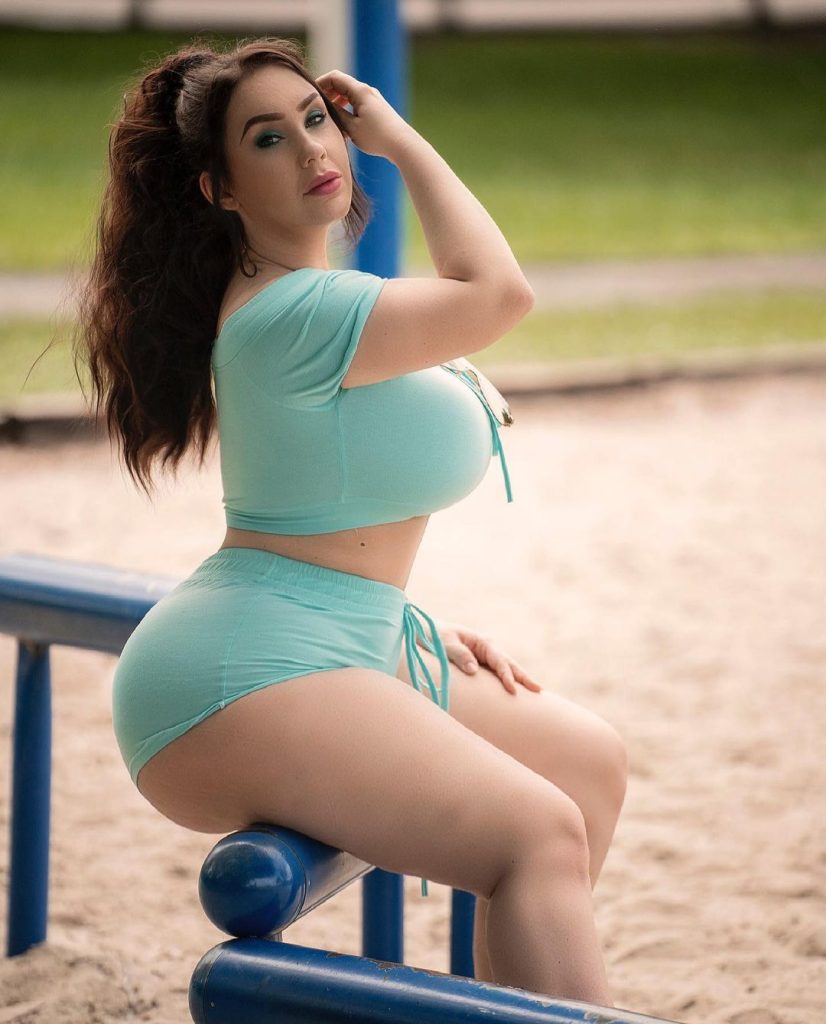 Chase is a great advocate for body positivity. At all walks of life, she has celebrated self love and has been advocating the same love to the masses as well. Romi Chase has been fighting fat shamers on social media with all her might. A lot of other influencers have also joined her in her movement and is working towards making a history.

A lot of fashion brands like Fashion Nova Curve also came in her support, making her their brand ambassador and promoter.

As of now, along with being a model, Romi Chase is also an X-rated professional. She is an OnlyFans star with 68.6K likes on her profile. And as per some sources, she is counted amongst the top 0.4% content creators on this social platform, who even made more than $1 M in her 1st year here. That itself can be taken as a proof of how popular this plus size curvy model is.

Before becoming popular on this platform, Romi Chase was a primary teacher for some time. But after hearing a lot from fellow teachers to cover up her curves, she switched to Only Fans, a platform that appreciates the curves.

However, there are some side effects as well to working in the adult industry. Even if you are a paid professional doing a legal job and paying taxes as well, there are still many people who will not appreciate your efforts. Romi Chase also became a victim to such an instance.

Recently in April 2022, she made headlines for sharing how her landlord in Miami misconducted with her due to her profession. As reported by nypost, The Sun, and several other media, Romi Chase’s landlord raised her rent from $2,300 to $4,800 per month after seeing her steamy images online.

But, despite being able to pay the high amount as well, she felt judged and being misbehaved, which led her to shift to Las Vegas, Nevada where she is currently staying in her dream house of 5 bed- 5 bath with a huge swimming pool.

Chase shared in one her interviews how OnlyDolls approached her last year to create a life size sex doll in her likeness. That proposal intrigued this model a lot, which has now resulted in a life size doll in the shape of Romi Chase.

This doll has the same face and head like the model, which she helped creating using a scanner. It also has detailed body features, matching that of Romi Chase. 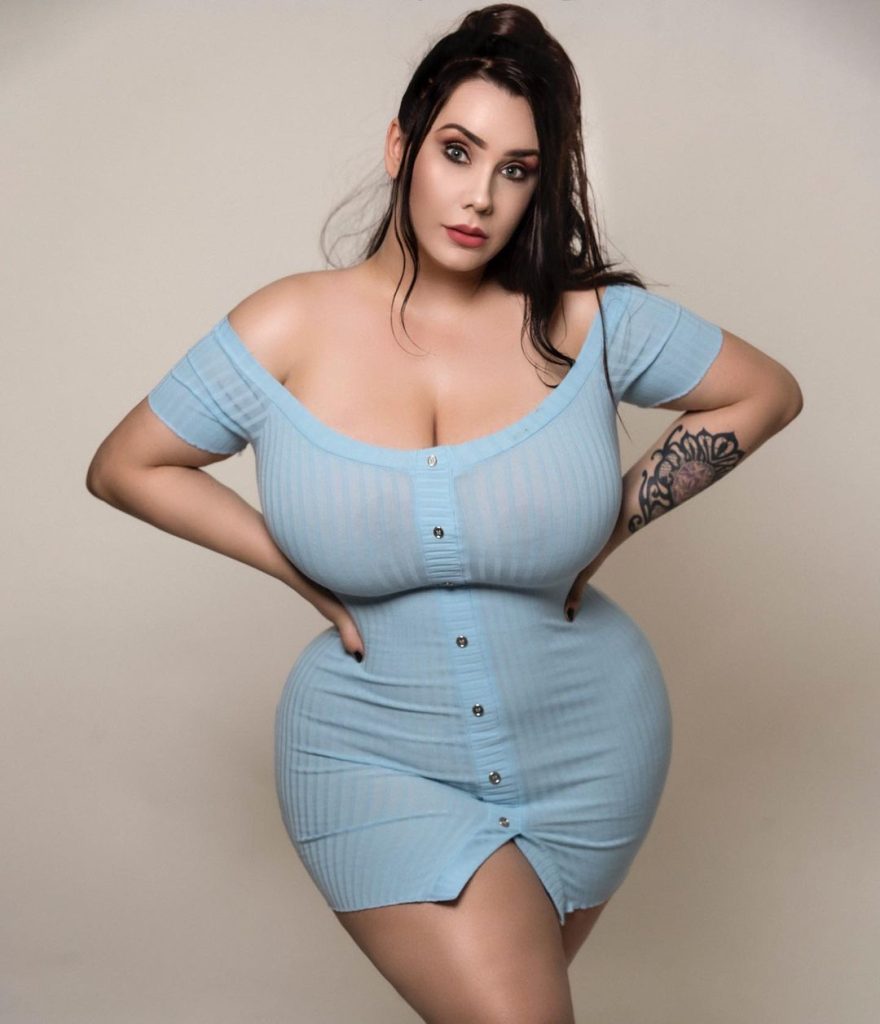 After winning the hearts of millions through her curvaceous charm, Romi Chase is set to break into the Hollywood industry. Many new projects are underway, and people would be able to see this model very soon on the big screen.

Basking in the euphoria about the same, Romi Chase became emotional how her fans and followers have been showering her with love and support. She further shares that it is all because of them that she is able to set foot in this industry with great pride.

She is hoping to replicate the similar success in Hollywood as she has been receiving so far.

The curvaceous physique and body positive activism of Romi Chase have won her a large following on Instagram and other platforms alike. But Romi didn’t always have the perfect body – she worked hard for it, and now she wants to help others do the same!

In one of her discussions, Romi has shared some tips for looking great.

The most important fact she stresses on, is to Be Happy! No matter what kind of physique you have got, besides working on making it better, you need to love yourself too. Romi Chase’s deep love for herself has today led her to the success platform she is standing at. And that is also one of the reasons why Romi Chase’s net worth has managed to cross the $2 Million mark easily.

Jonathan Berkery - Tom Jones' love child begs for a living. Jonathan was abandoned by his father.