by Heanford K
in Personalities, UK
0

Louis Osbourne is the eldest son of the world-famous singer and songwriter Ozzy Osbourne. He was born in Birmingham, England, in 1975. As of now, Ozzy Osbourne’s son is living a complete life. But, he has seen a lot of things in his past. Louis’s full name is Louis John Osbourne, and his mother’s name is Thelma Riley; she was the first wife of Ozzy Osbourne.

After creating an identity on the reality show The Osbournes, Louis Osbourne came into the light. His father, Ozzy Osbourne, was the lead vocalist at Black Sabbath. Ozzy had a rock-type vocal texture, and his lyrics still make you want to bop your head.

Louis Osbourne’s father was a mess.

Louis John Osbourne is the firstborn child of Ozzy Osbourne and his first wife, Thelma Riley. Ozzy’s love life was away from perfect or even near it. Louis’ parents got separated soon after he was born.

His parent’s separation was a result of his father’s drug problem. Ozzy Osbourne abused many substances during this phase. This habit of Louis’ father created a gap between him and Thelma Riley.

Ozzy Osbourne was intoxicated most of the time and could not give time to his family or his children. Slowly, over time, he lost the meaning of what a family looks like as he was high all the time. His mother, Thelma Riley, raised him all by herself. Thelma never made a fuss or brought this to the media’s attention that the couple had separated.

Every kid’s dreamt of being like their fathers at least once in their life, and so was Louis John Osbourne’s dream. His inspiration was his father; even though he was an addict, he was Louis’ father.

As of now, Louis Osbourne is a successful artist. He has been in the music industry for almost two decades now. Louis has established himself as a DJ, a label owner, and a lot of other profiles too.  Naturally most of his earnings

are from his music career. He is a natural. 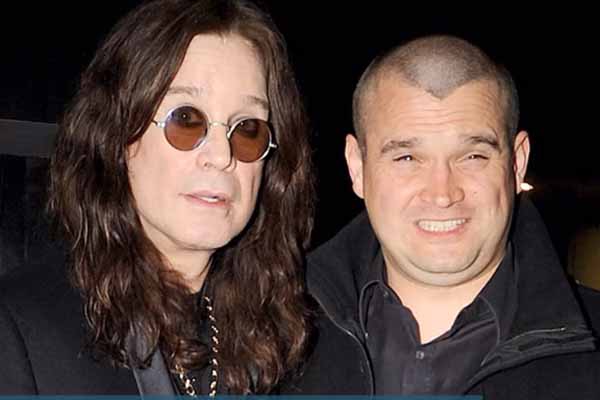 Louis John Osbourne and Ozzy OsbourneLouis’ songs are primarily experimental, which means he combines different genres to make a new one. This is a pure artist approach. His famous songs are Electric Voodoo, Maia, Rare Grooved, and more.

Louis Osbourne has a biological sister named Jessica Osbourne; no information is available. She likes to keep her life secretive and less known. Louis John Osbourne also has a stepbrother named Elliot Kingsley. He is a famous actor.

Ozzy Osbourne married Sharon Osbourne after his divorce. She is the second wife of Ozzy, and from this relation to his father, he has some half-siblings, Aimee Rachel Osbourne, Kelly Michelle Lee Osbourne, and Jack Joseph Osbourne. He shares a good and healthy relationship.

After making appearances on the first episode of The Osbournes, he later made more appearances on other episodes of this show, making him a little more prevalent in public. Louis John Osbourne also made a special appearance on the outbreak of Christmas on the show.

Many people worldwide loved Louis for his acting, and the audience assumed that he would do wonders in the entertainment world. Sadly, talent does not buy you food; money does.

Louis Osbourne started as a Dj, and his Djing skills were heart-winning. He performed in the US and Ibiza. The Dj made groovy remixes, and people loved him as a Dj. As soon as the Dj thing worked out for him, he started his own Dj company called All Night Artists.

All Night Artist was a project that his friend, Jamie Anderson, funded. Jamie and Louis met in the United States, and Jamie proposed this idea. They brought a few songs together, and they were hit songs too.

Jamie and Louis were climbing the ladder of success day by day, and they soon began to make a lot of remixes for Kerri Chandler and many other artists. The duo has done a lot of concerts together and has gone on tours many times in a year. But the, things didn’t remain the same because this label was not succeeding as it was looking, and as per its plan, this label was declared bankrupt in September 2013.

Louis Osbourne is married to the Irish actress Louise Osbourne. They first met at a venue in Los Angeles in 2002. Louis was at a party, and he was the leading Dj. Louise Osbourne happened to groove on his music and Djing skills. She approached him and asked him out. It all worked out for good. Louise Osbourne was not aware that Louis was the son of Ozzy Osbourne because she was not into rock music.

They started meeting after this, and sooner than you know, the lovely pair married on December 31, 2003. Louise and Louise have love and understanding for each other. They have been living in harmony for more than a decade.

Louis John Osbourne is the eldest son of the famous rock singer and songwriter Ozzy Osbourne. His childhood was messed up as his father was an addict. Louis’ mother, Thelma Riley, raised him all by herself as his father was never around.

We did our best to give as much as information as we could and still we do not guarantee the facts. Try to dig in more while researching.

Lessons from the Pandemic; Access to Internet is a Human Right